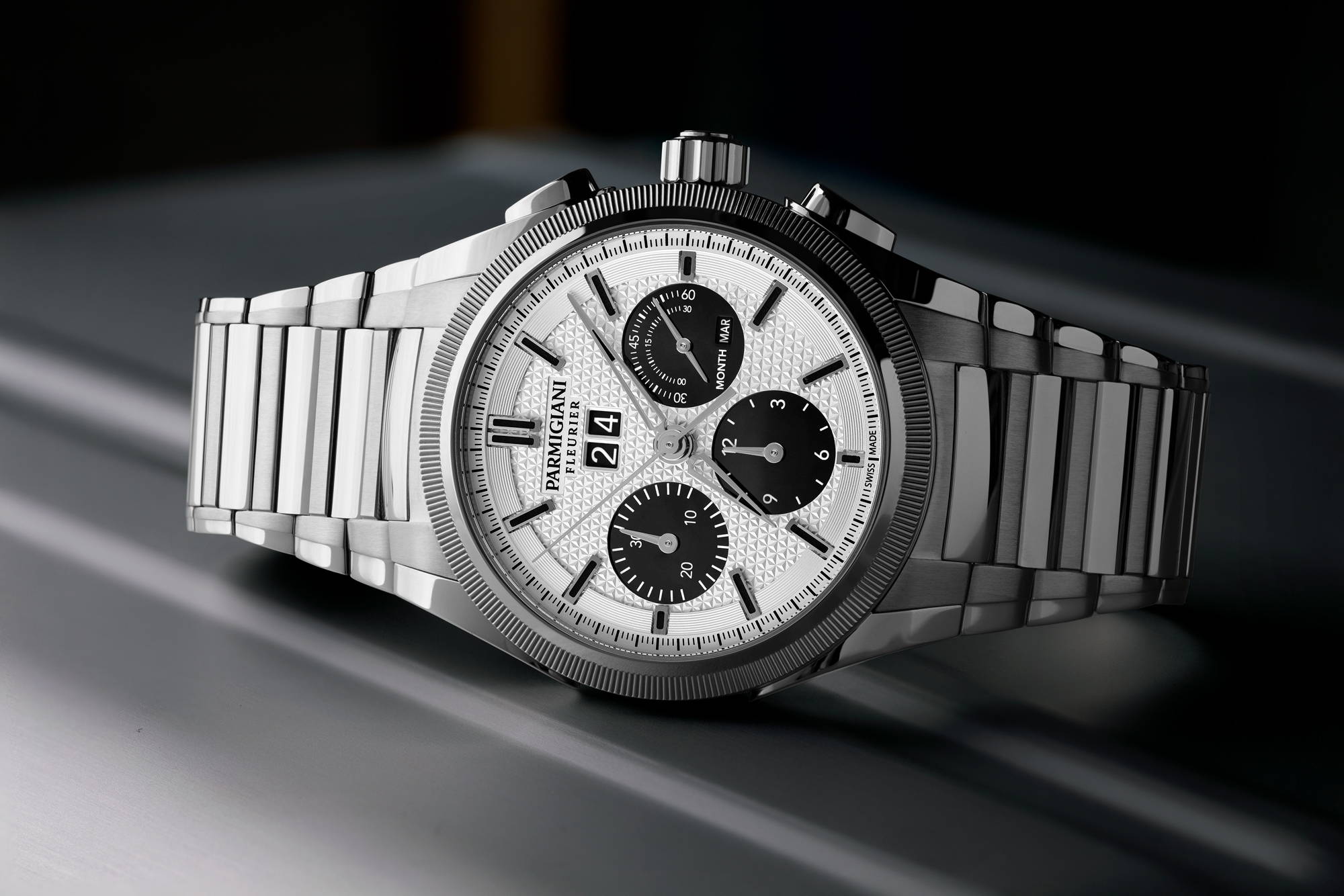 Founded 25 years ago by a master watchmaker and restorer, Parmigiani Fleurier is a brand which aims to preserve not only the craft of traditional Swiss watchmaking through its own creations, but the reputations and legacies of important, generational Swiss names as well by supplying these makers with cases, dials, movements, and a wealth of technical know-how. And as one of the industry's last remaining vertically integrated manufactures, it could be argued that Parmigiani is the true 'watchmaker's watchmaker' of the modern era.

From the muscular & sculpted Tonda GT or the whisper-thin and exquisitely detailed new Tonda PF, there's so much that goes into a Parmigiani watch, it's not immediately apparent from initial impressions, beyond the incredible sense of "je ne sais quoi" one experiences with these watches on the wrist. To help you unpack the experience though, we've picked out five of our favorite things we've learned about Parmigiani since becoming the brand's newest authorized retailer in California. Scroll down to begin!

"Restoration gave me the confidence I needed to pursue my watchmaking dreams..." 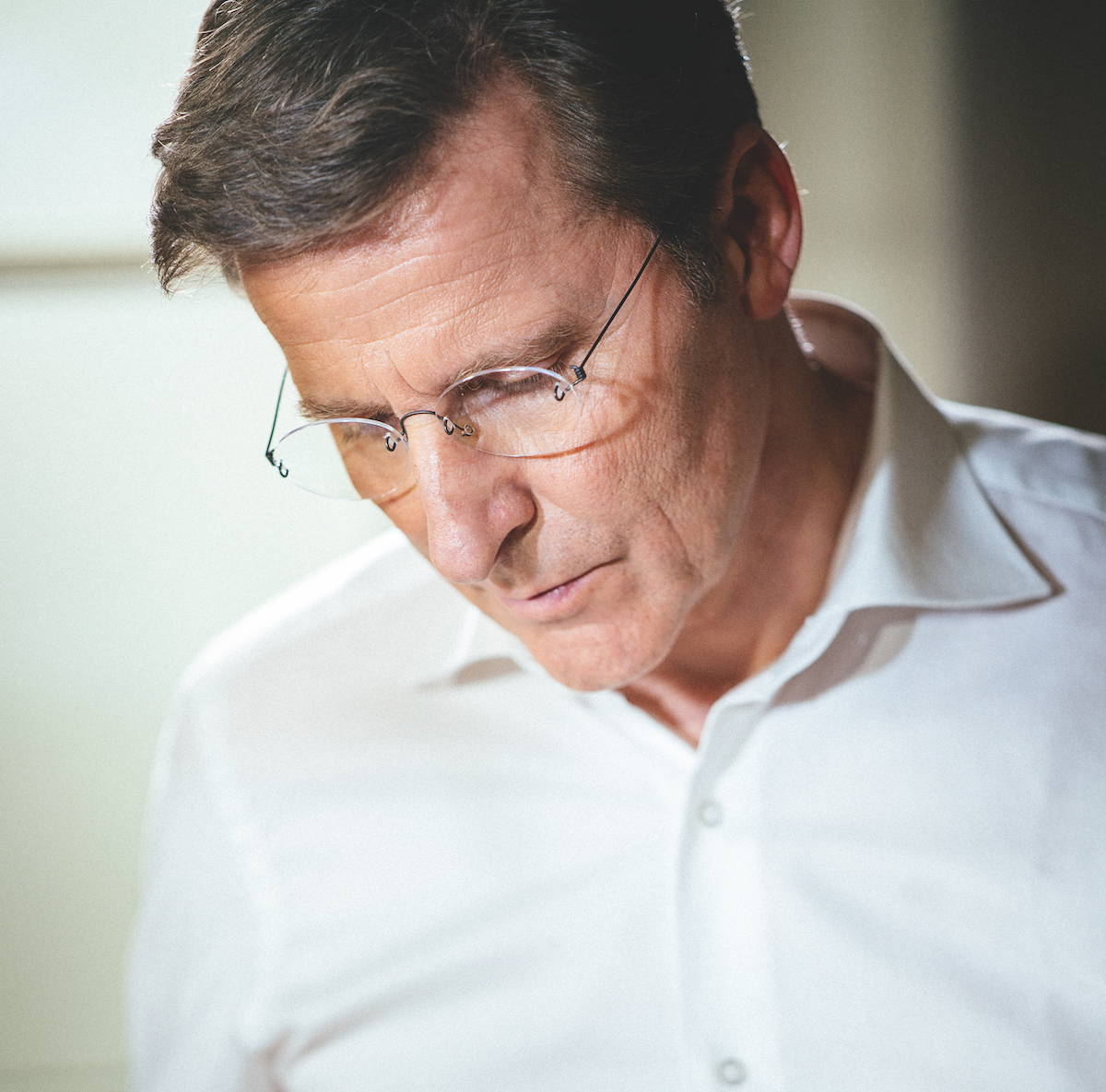 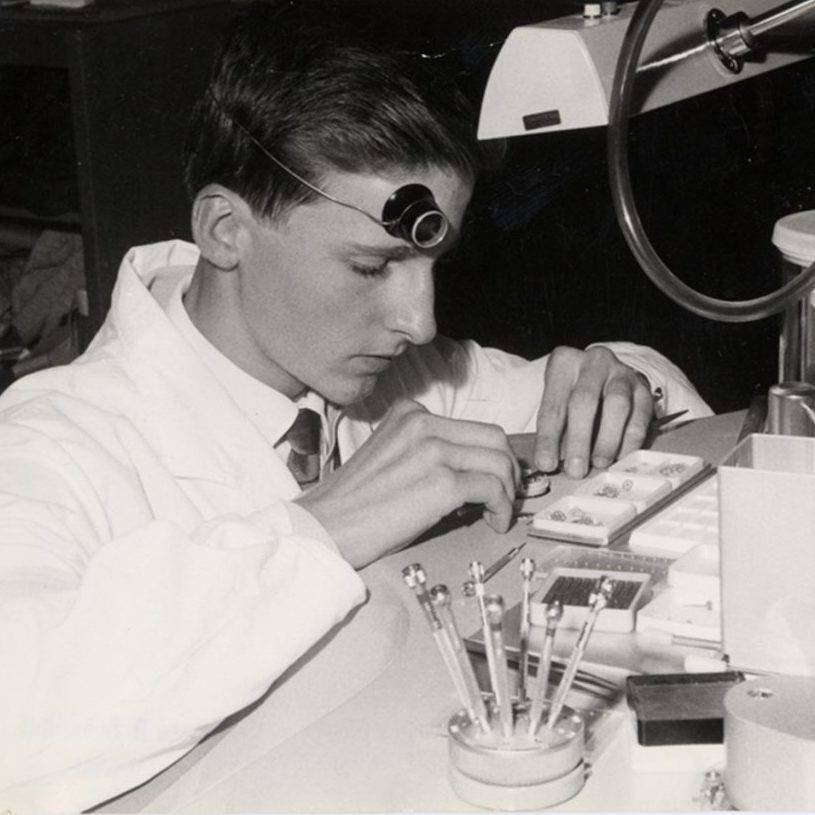 With Michel Parmigiani’s background as a master watchmaker and restorer, every modern Parmigiani watch is designed to be fully restored and culturally or stylistically relevant one hundred years from now using traditional watchmaker tooling and skills, available now just as they were a century ago. It should come as little surprise from the man who started his own restoration workshop in 1976 for fine timepieces at the height of the quartz crisis, adamant about preserving the romance and history of mechanical watchmaking in the face of its own existential threat. His incredible skills as a restorer would soon earn him the privledge of restoring priceless historical references from Patek Philippe, Breguet, along with rare and important clocks from Switzerland’s Sandoz Family Foundation, the latter of whom would later go on to finance the establishment of Michel's own epinymous brand in 1996. As one of only a small number of living legend watchmakers, Michel still plays an active role in informing and designing Parmigiani's current offerings, while still working as a restorer. He most recently completed work on the La Rose Carrée — a one-off double hunter pocket watch powered by a fully restored movement made by legendary watchmaker Louis-Elisée Piguet somewhere between 1898 and 1904. You can read more about this spectacular project here. 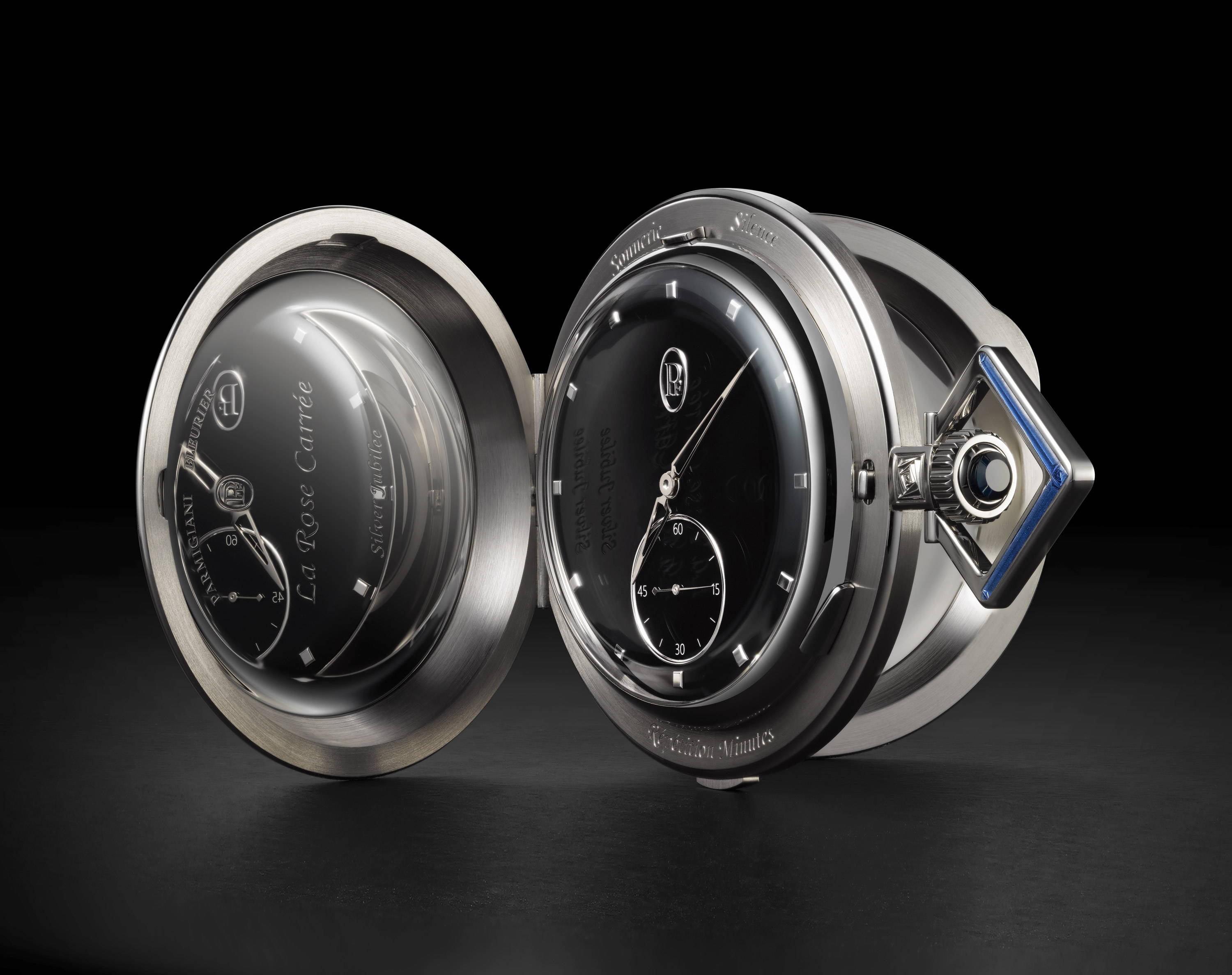 Because of this traditional ethos, you won't find any silicon hairsprings, bronze cases or ceramic bezels on a Parmigiani watch from any part of the brand's relatively young history, but what you will find is a keen and skilled reliance on as many organic materials and traditional tooling and hand operations as possible. 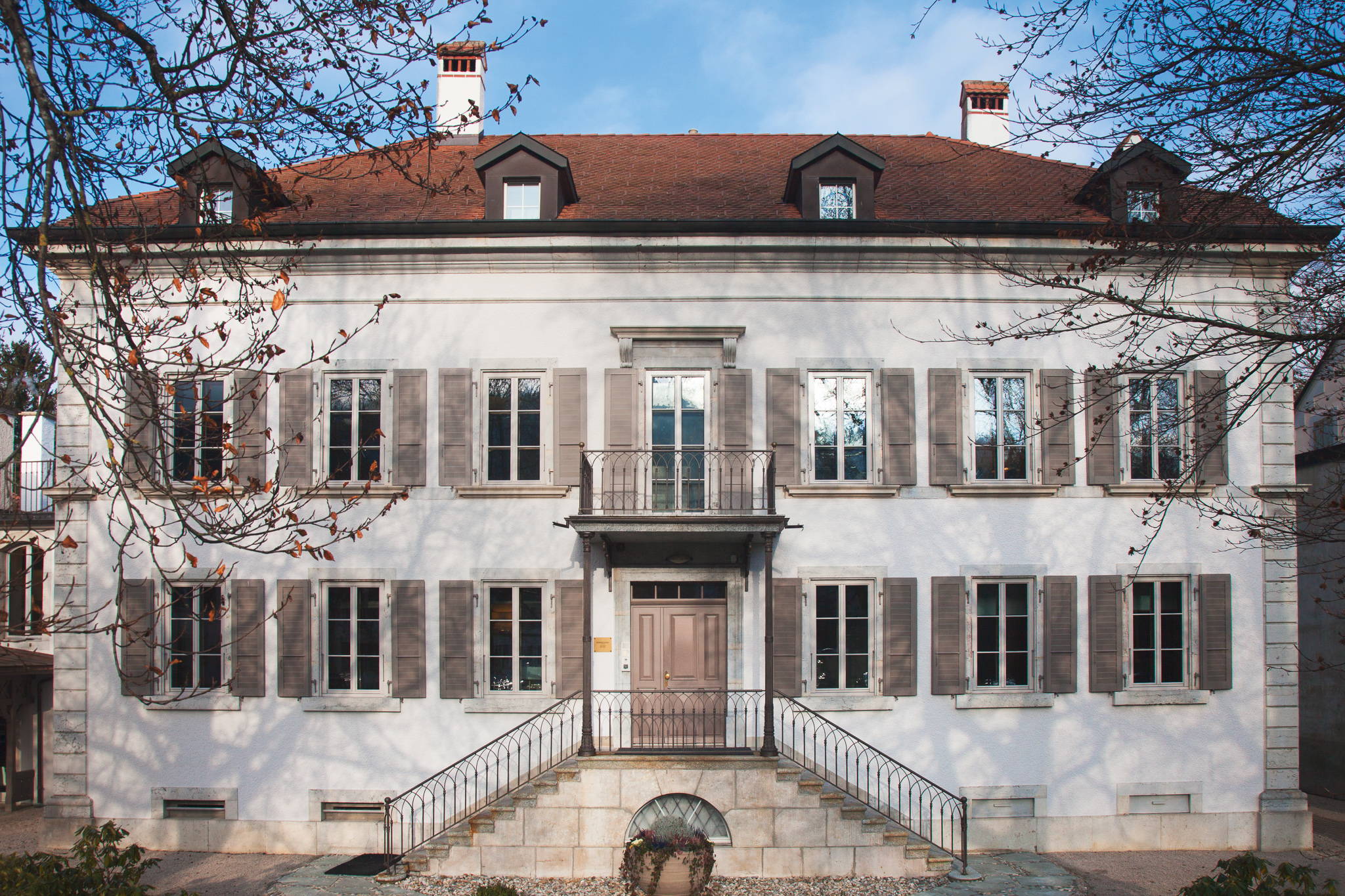 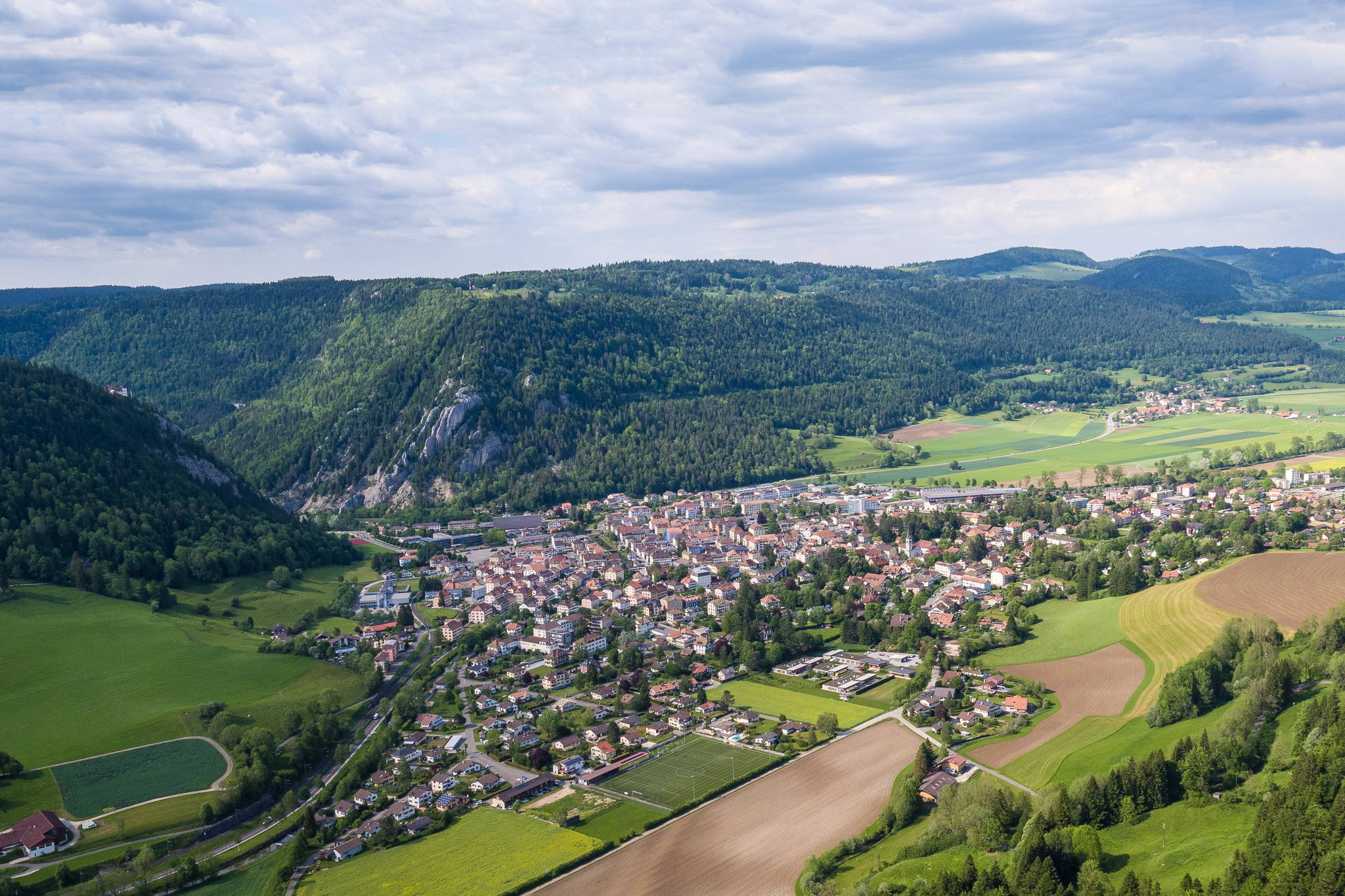 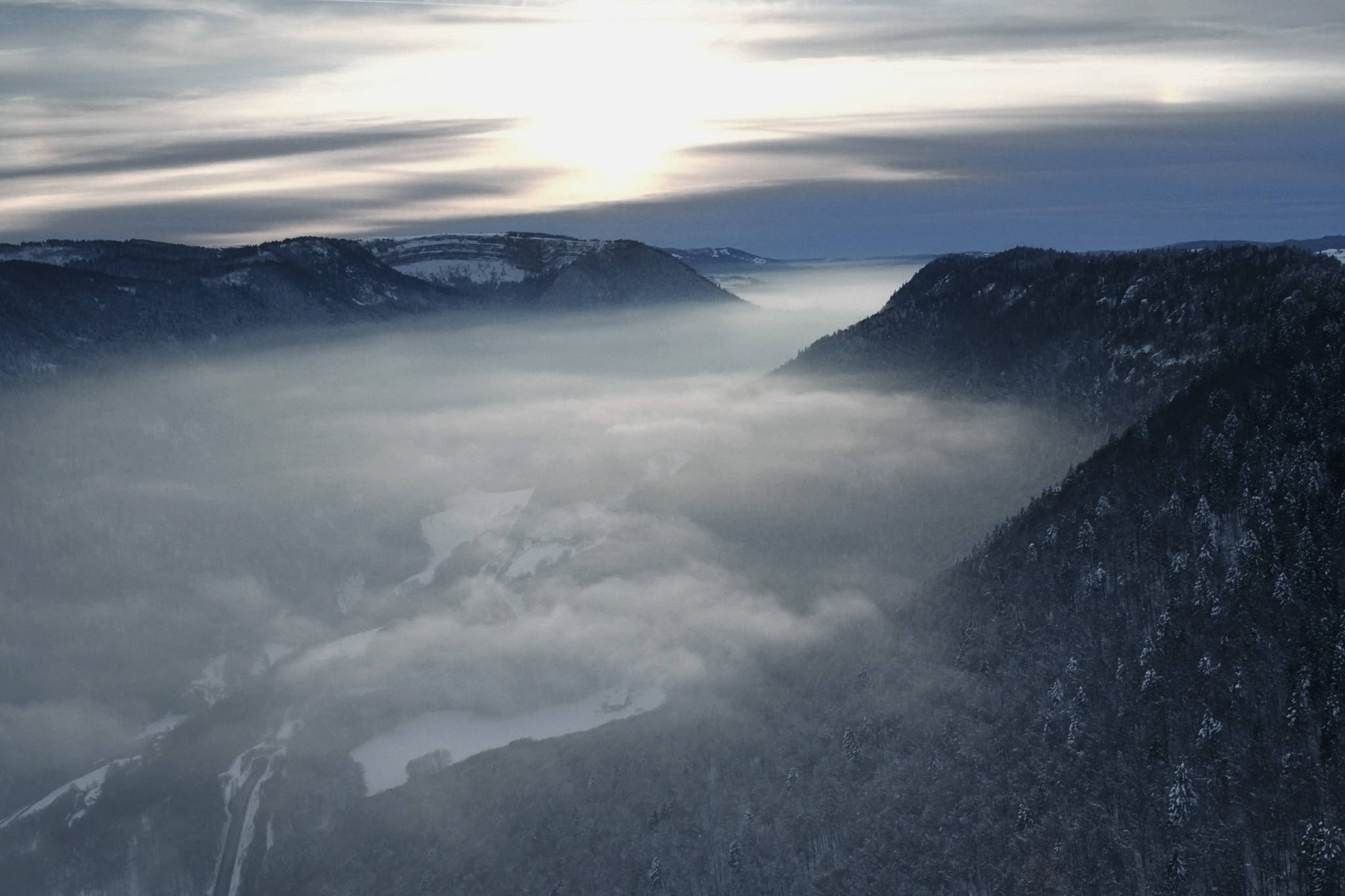 From cases, movements, hands, and dials, to gears, hairsprings (!) and escapements, right down to even the screws used to hold each watch together, Parmigiani is a vertically-integrated manufacture where nearly everything is made in-house. Fun fact: those screws in question are a particular point of pride for Parmigiani, as they're being machined using micron-thin tolerances that are well above industry standards. Moreso, because of the broad scope of its manufacturing capability, Parmigiani is also one of the top suppliers of various components for many of Switzerland's top brands.

In fact, it is quietly acknowledged by industry insiders that without the support of components or technical mindshare from Parmigiani, the high-end Swiss watchmaking community of brands would be a very different landscape indeed. Fans of this highly secretive realm will certainly appreciate the above documentary which offers a glimpse inside Parmigiani's facilities to paint an intimate picture at the brand's proud traditions of craftsmanship. 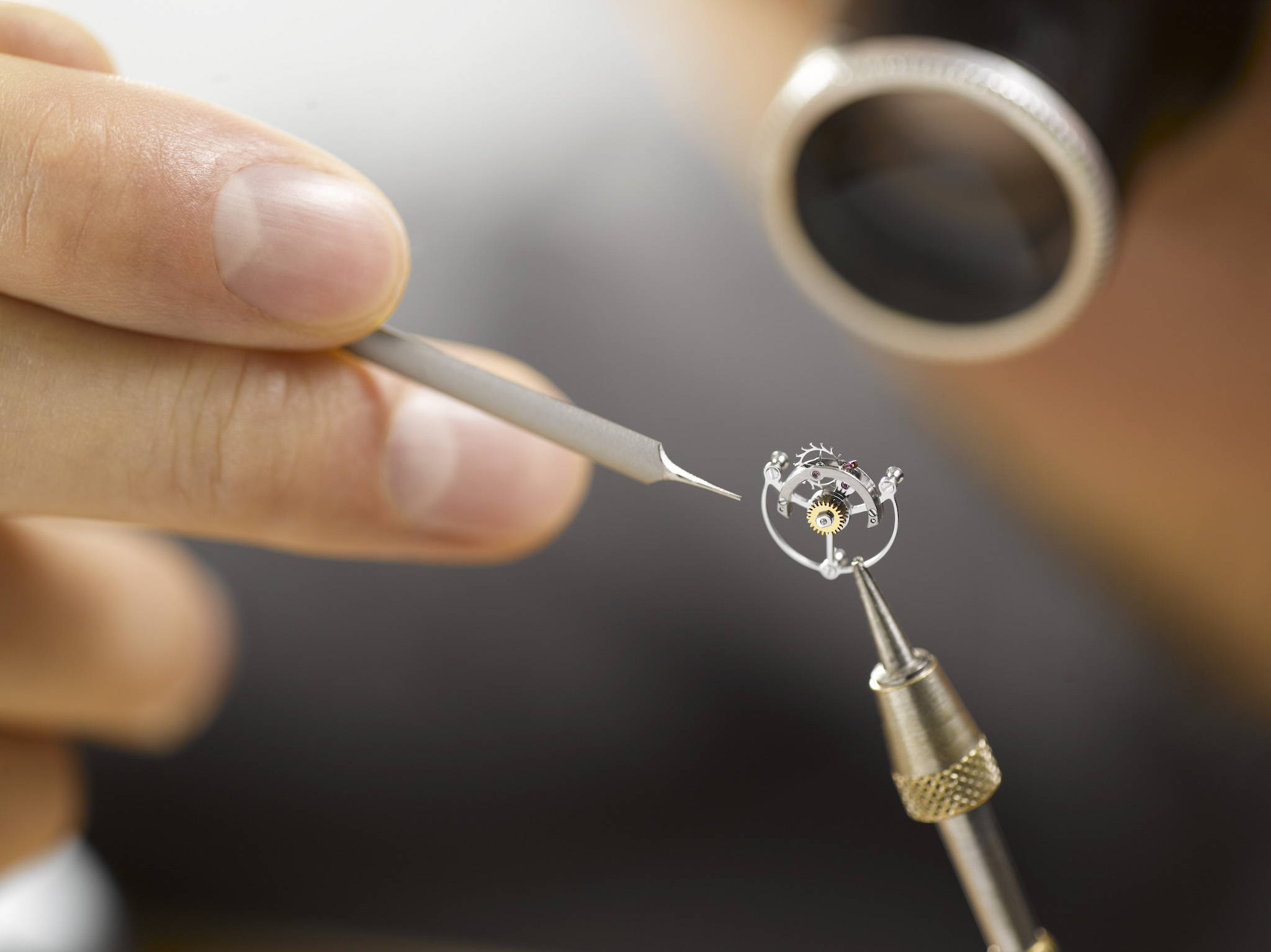 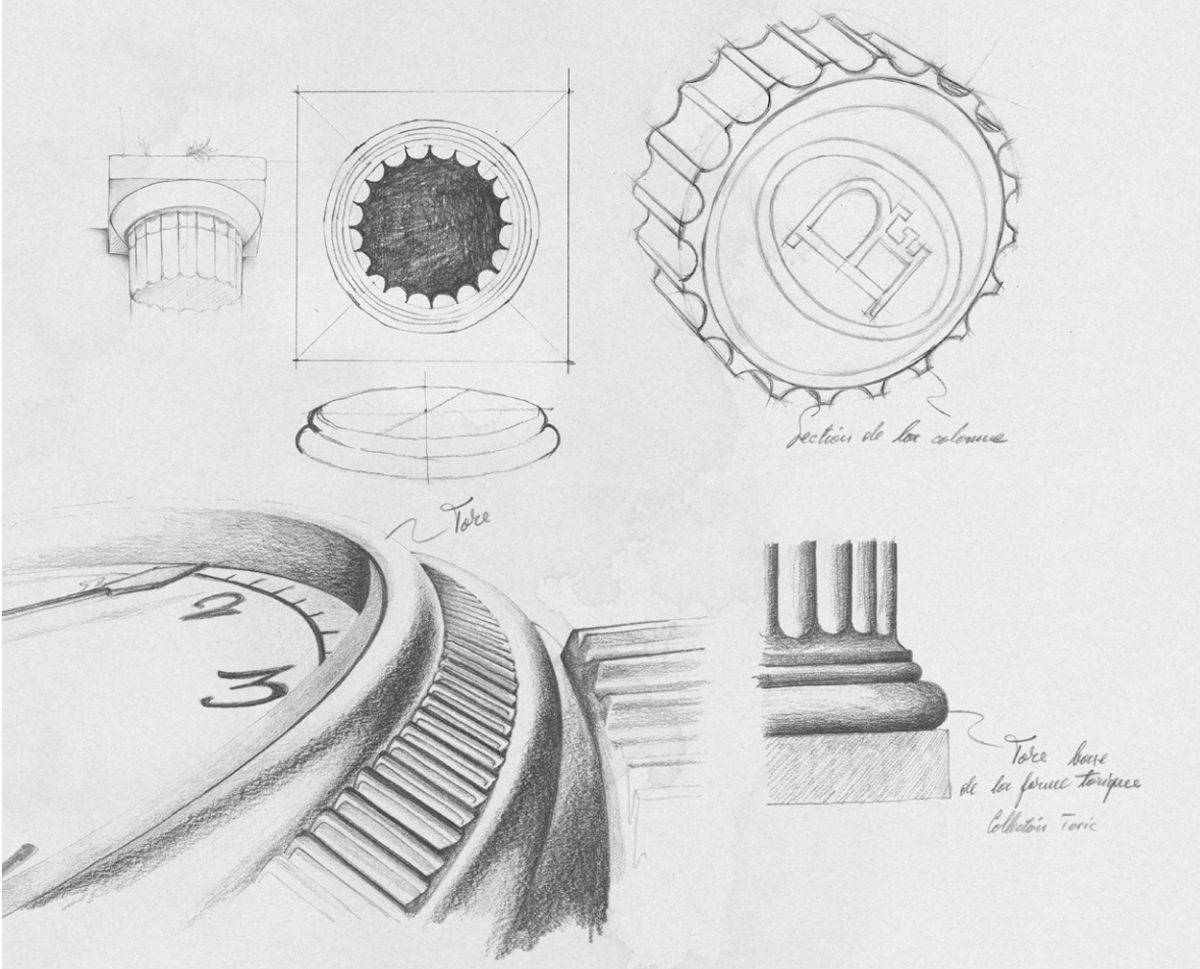 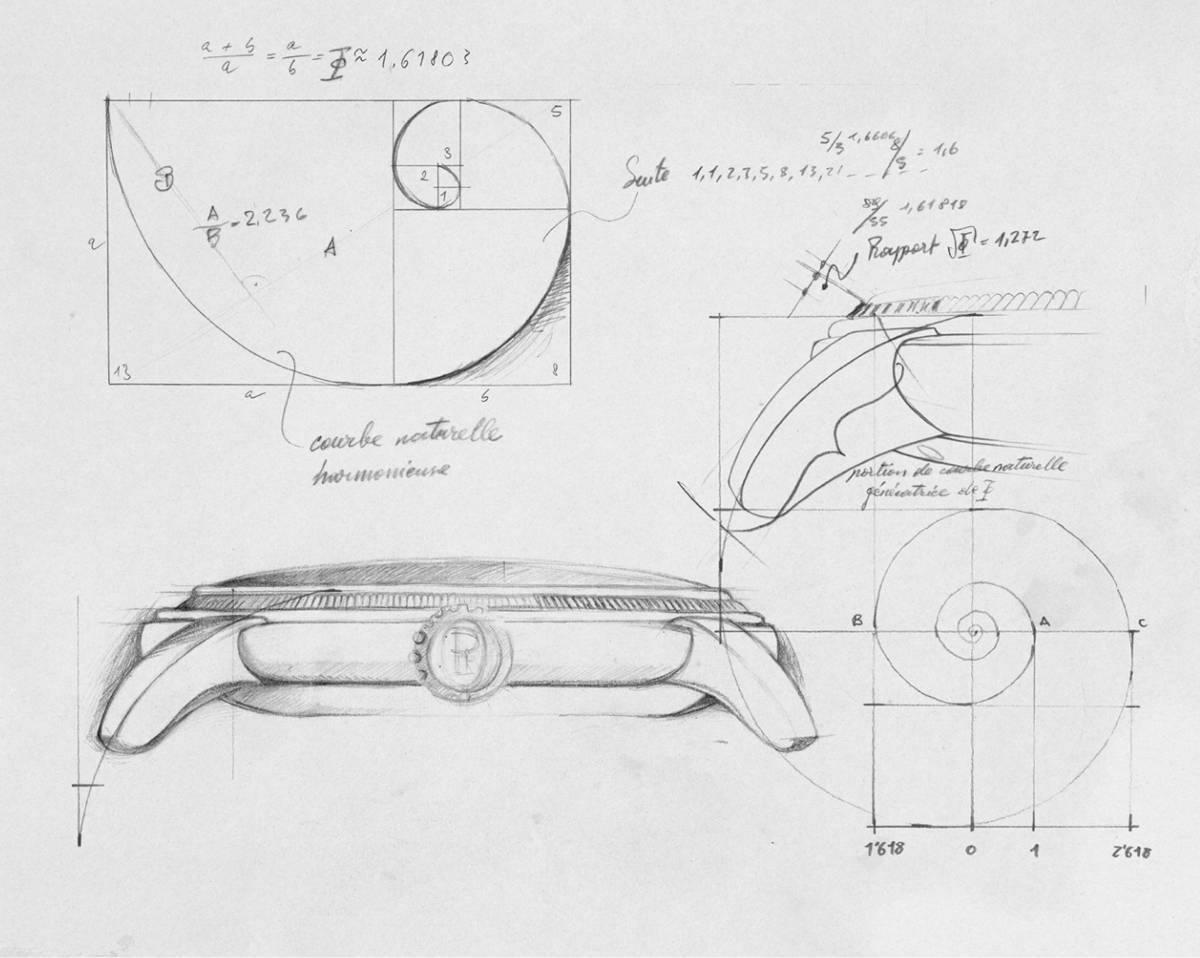 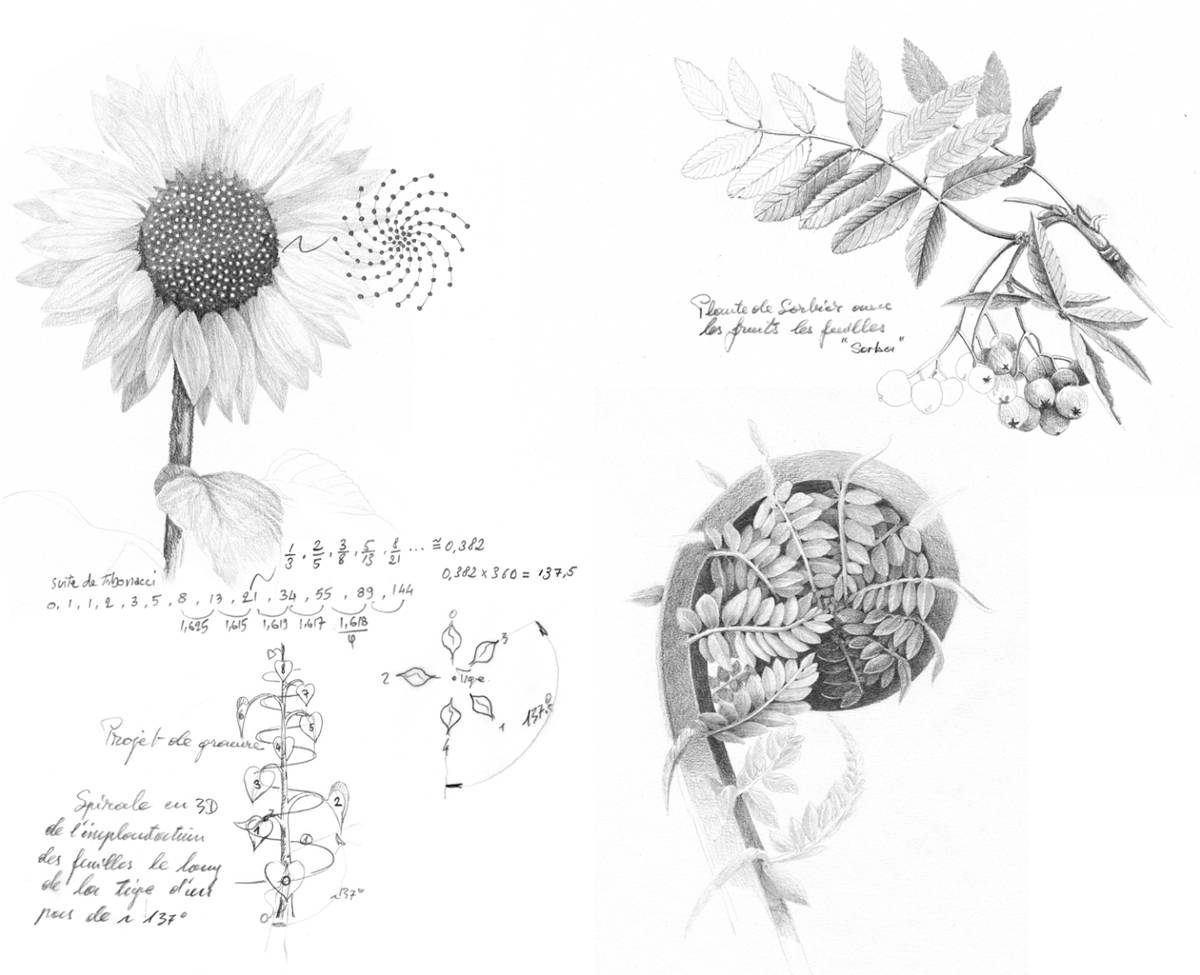 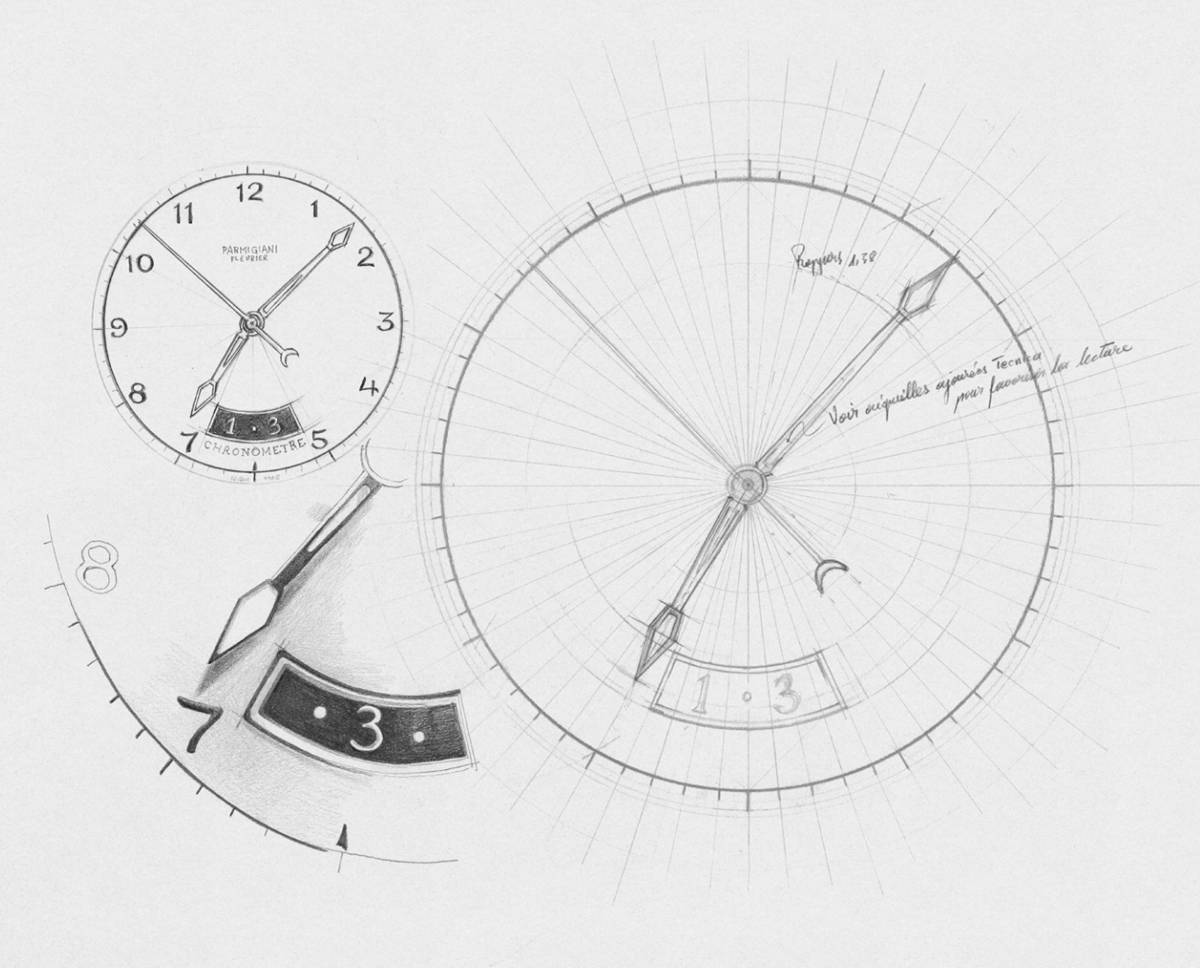 Every Parmigiani reference begins as a sketch where its design and key identifiers from texture to typography are heavily inspired by nature, classical architecture, and even mythology. Many of these elements can be collectively found on Parmigiani's long-running Toric, where you'll find case knurling inspired by the Parthenon, a handset inspired by Athena's javelin, and even a custom font for the Arabic numerals, which were taken from an original 1202 AD publish of Fibonacci's "Liber Abaci" (Book of Calculation), a landmark literary work which held the Fibonacci Numbers, a close numeric cousin to the Golden Ratio design principle, which also uses mathematic sequencing to inform key elements in design, architecture, art, and even music. But more interestingly, the Golden Ratio appears organically in nature as well, which is often why many designers look to the natural world for inspiration.

In short, the Golden Ratio can be defined as such: when a line is divided into two parts and the longer part (a) divided by the smaller part (b) is equal to the sum of (a) + (b) divided by (a), which both equal 1.618. And when this sequence is applied in the field of design — such as the sculpted case or the elaborately patterned guilloché dial of the Parmigiani Toric, the principle yields organic, natural-looking results that are simultaneously balanced and aesthetically pleasing. 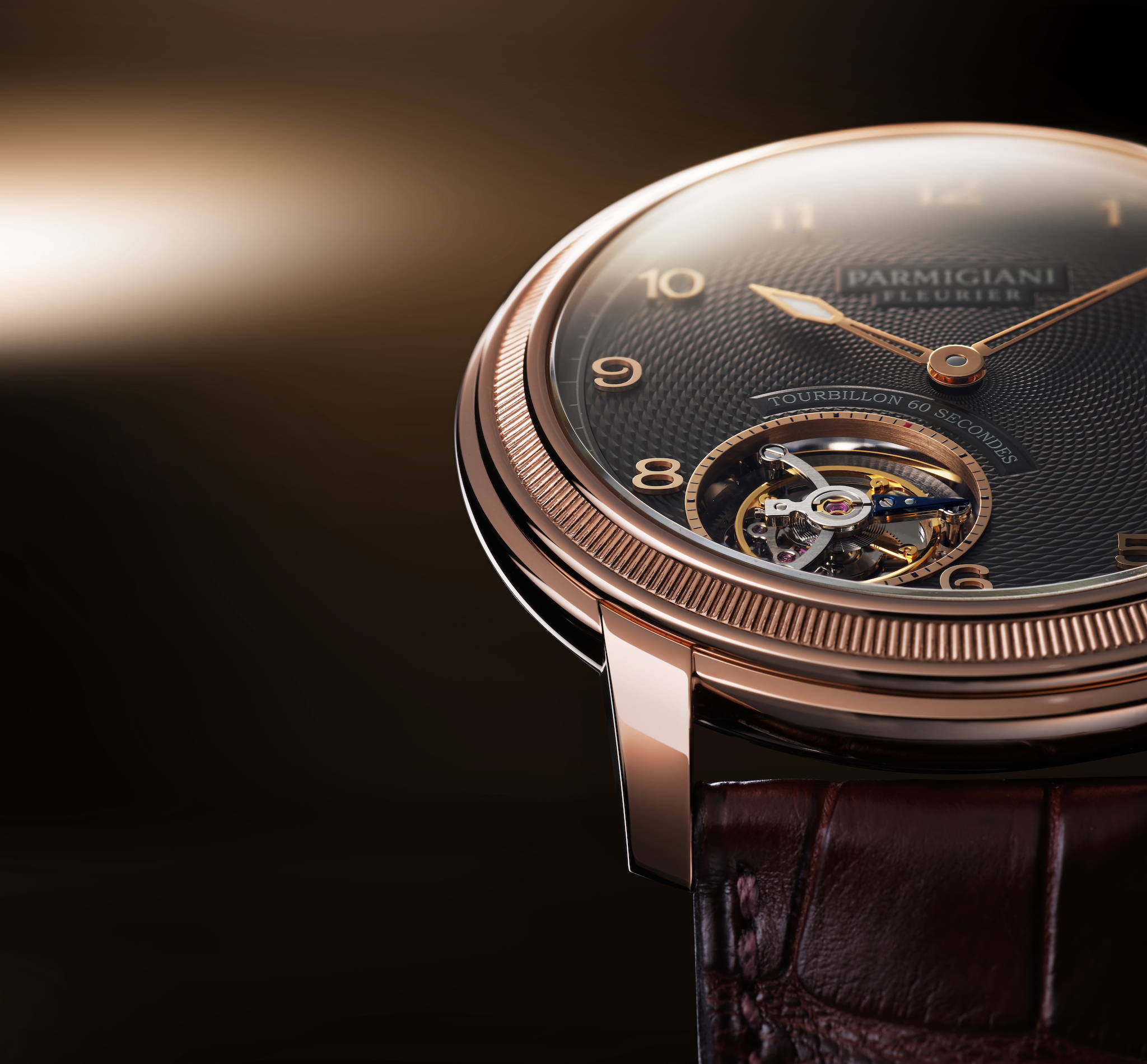 Parmigiani Fleurier isn't the only watchmaker to take the time to apply Golden Ratio principles to its designs — A. Lange & Soehne, and a number of other ultra high-end watchmaking names are also widely known for their reliance on this formula to inform their design language. And once each design has been breathed to life in steel, precious metal, or titanium, Parmigiani uses only the finest leathermaker in the world for its straps: Hermés. 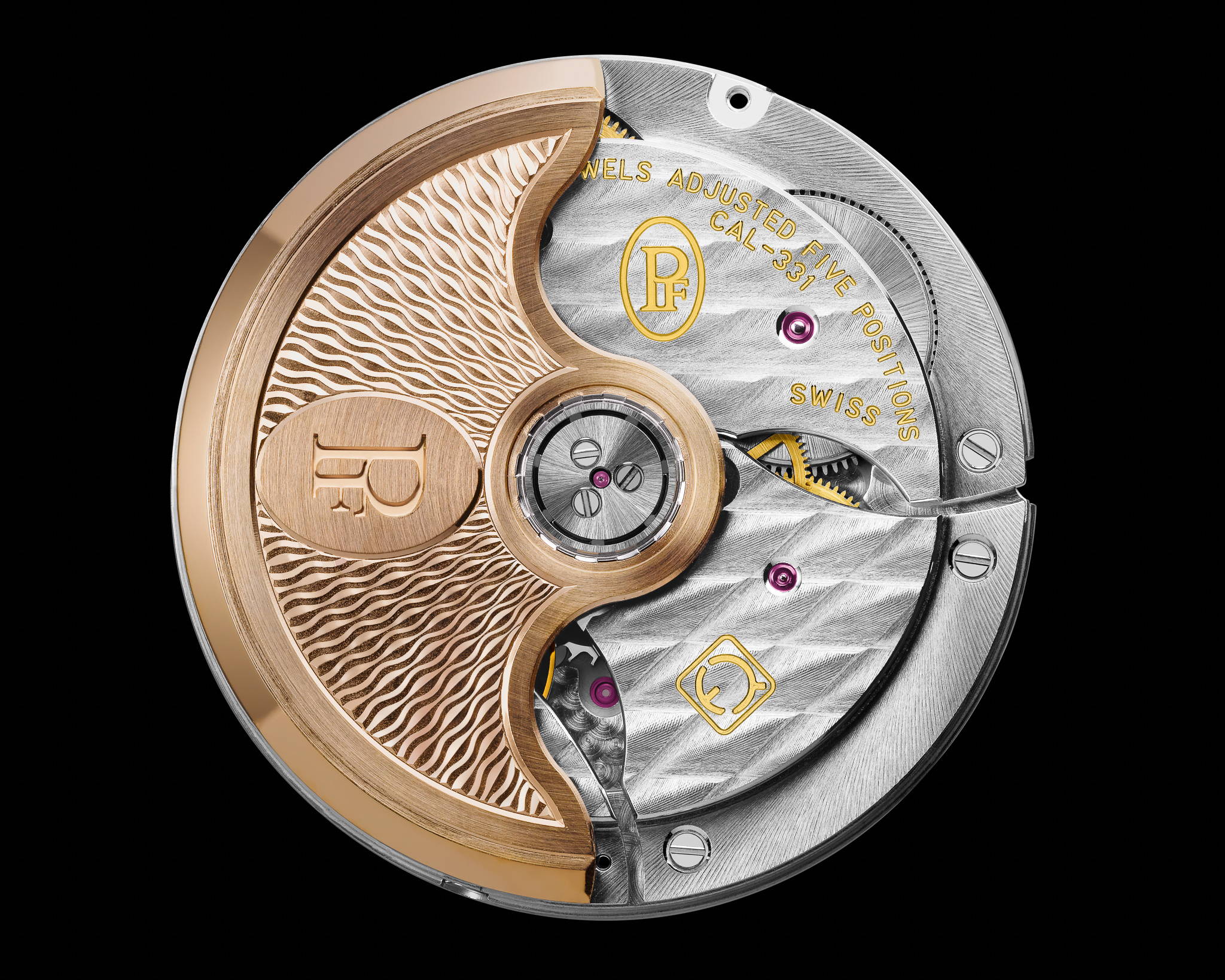 Developed in 2004 and fitted to the brand's first watch, the Toric, Parmigiani even has its own independent “seal” or quality standard governing the aesthetics and timekeeping for high-end Swiss-made watches, similar to the Geneva Seal. Called Fleurier Quality (look for the little hybrid "FQ" square engraving on the movements of a watch bearing the seal), this certification was the first qualitative horological certification for finished watches, and has quietly become the most demanding of all independent certifications in the watchmaking world — more stringent than even that of the legendary Geneva Seal. How demanding? Well to be considered, the watch must be 100% manufactured in Switzerland, pass COSC certification, pass the Chronofiable test (a separate, more subjective Swiss certification that grades how gracefully a watch may age), and pass the finishing standards of traditional Swiss haute horlogerie watches — no small task indeed, separately or as a whole. 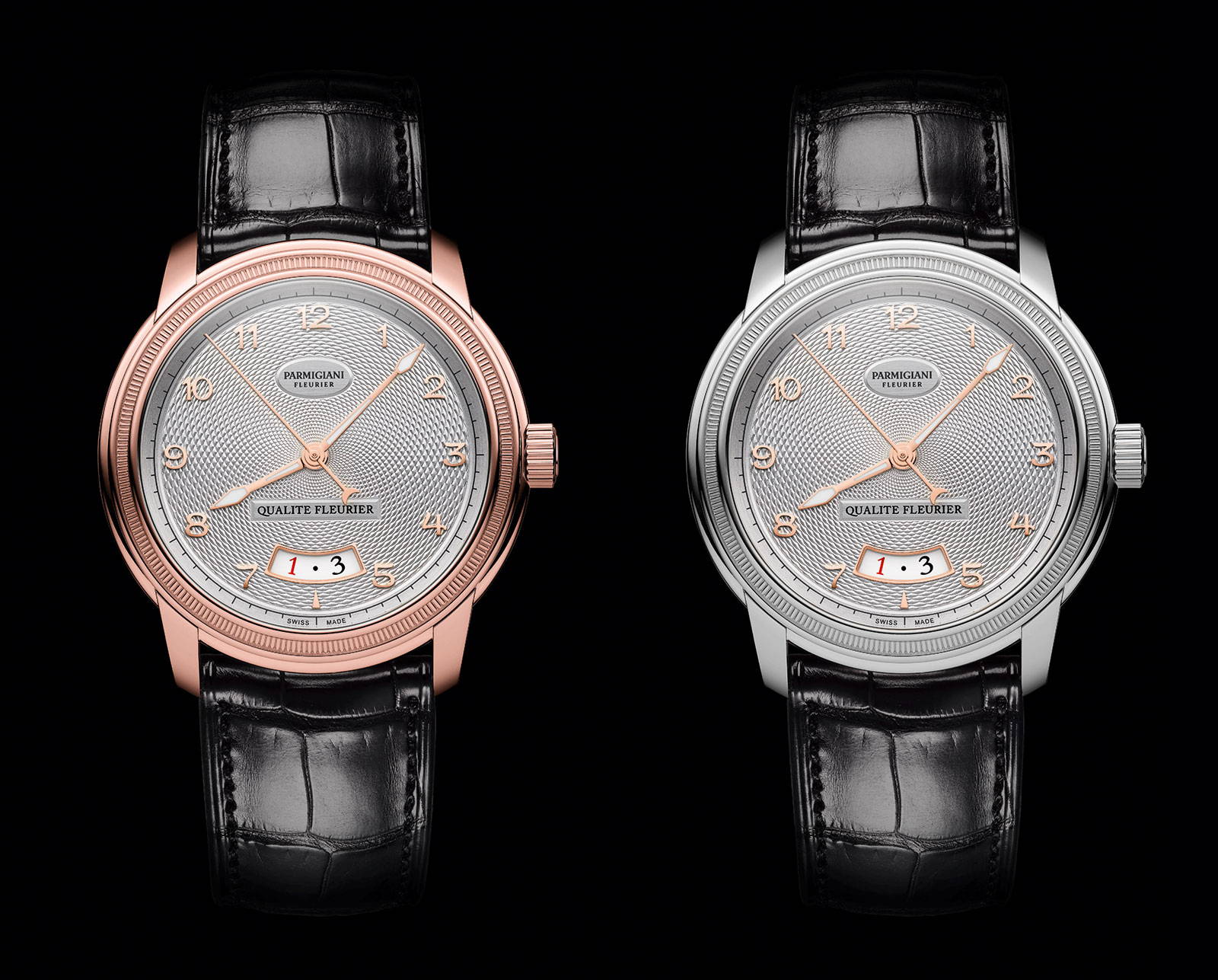 More interesting, is how Parmigiani isn't the only brand using this rare seal — its founding was initiatied in Fleurier, a watchmaking town in the Jura Mountains, by Parmigiani in collaboration with Bovet, Chopard, and Vaucher, and thus select references from those brands also bear the seal. Chopard in particular shouldn't come as a surprise, considering Michel Parmigiani developed the first major LUC movement for Chopard, the landmark cal. 1.96 with a micro rotor and incredible finishing, designed specifically to rival the very best manufacture movements of the time. And while Parmigiani only reserves the QF seal for select references like the Toric Qualite Fleurier, its committment to preserving the traditions and lasting values of high-end watchmaking combined with its own manufacturing prowess only serve to underscore the fact that Parmigiani Fleurier has quietly taken the throne as the true "watchmaker's watchmaker" of the modern era. 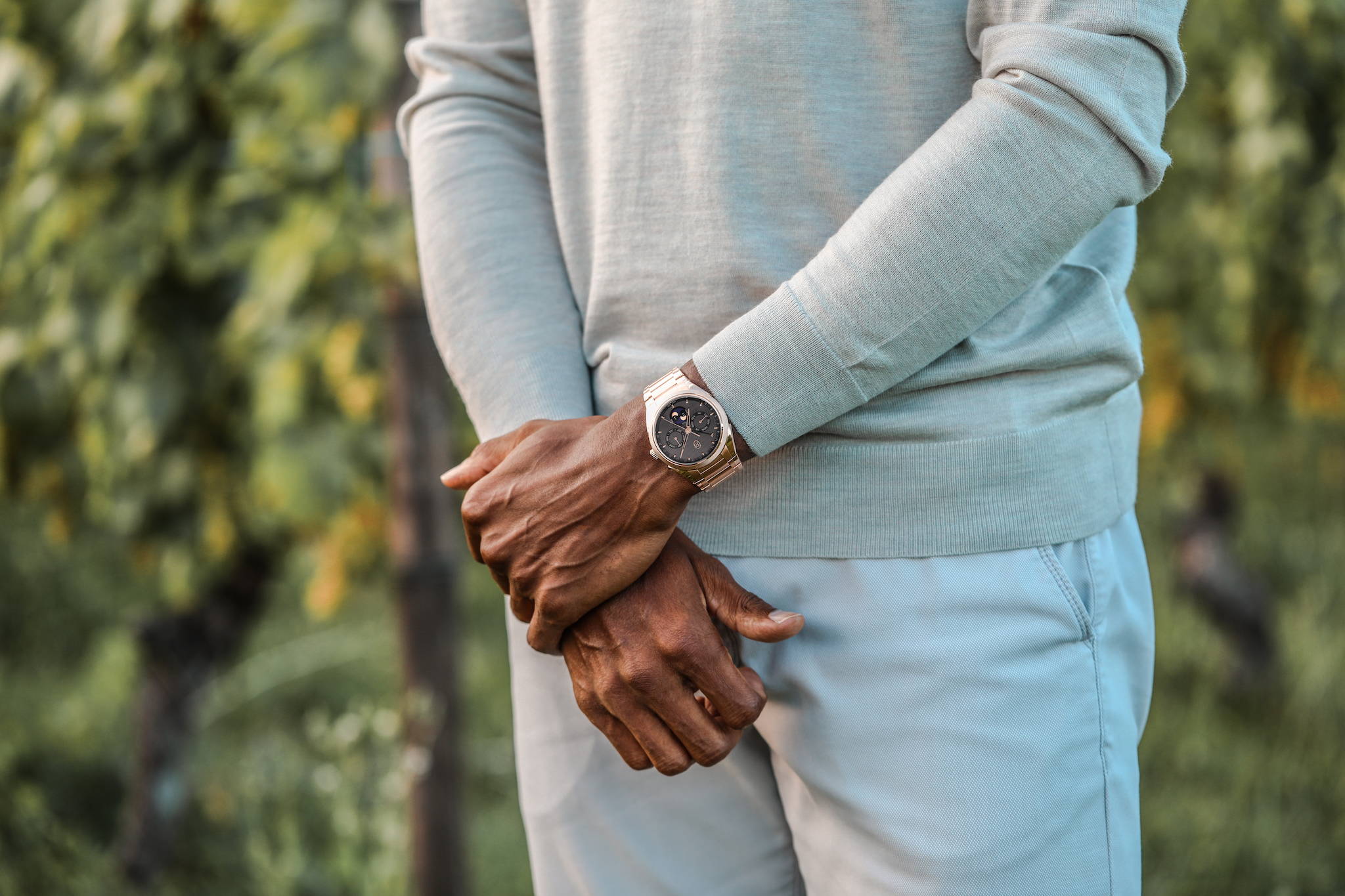 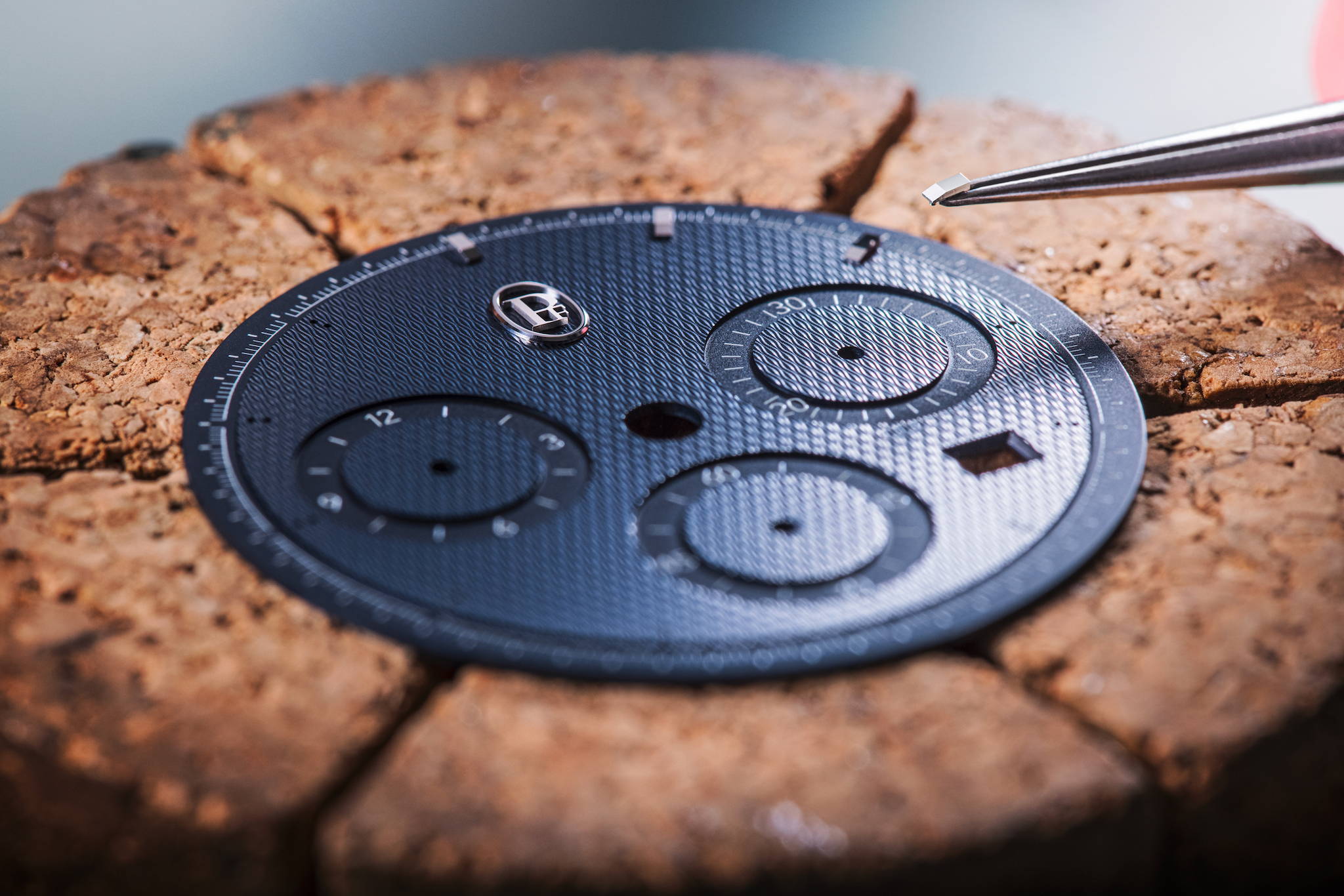 Though it has just passed its 25th anniversary, Parmigiani is still a relatively young brand, and one that hasn't yet established a broad audience. But mainstream appeal was never the point — and even the brand's new CEO Guido Terreni (formerly of Bulgari fame) is keen to emphasize that PF's audience is that of the connoisseur, and the discerning collector who'll appreciate the brand's unique, neo-classical design, its obsessive attention to detail, its supremely high quality standards, its markedly low production numbers, and the simple fact that for those in the know — from collectors to watchmakers alike, Parmigiani Fleurier is arguably one of the most influential brands in the Swiss watchmaking world. It is, without a doubt, the best-kept secret in watches.

Ready to dive deeper to the next level of Parmigiani Fleurier watchmaking? Explore all our current Parmigiani inventory here, and if you're local in Burlingame, shoot our sales team a note to book your private viewing appointment: info@topperjewelers.com 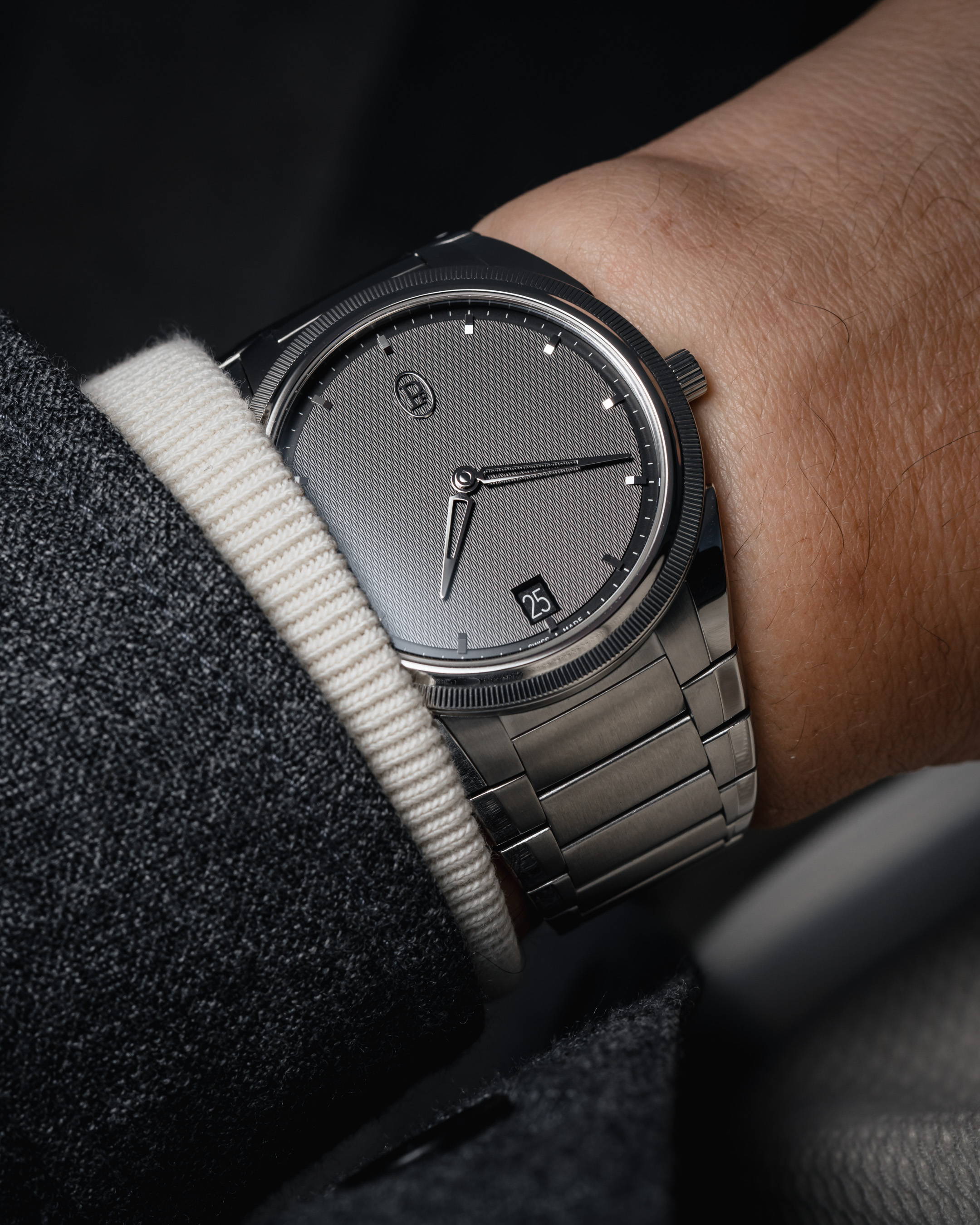